A star is born.

In the summer of 2012, Barry Weir found himself sitting with the men from Bertone at the Marco Polo airport in Venice.

He had a proposition for the legendary Italian design house – would they jump into bed with their former partner Aston Martin to create something rather special, and truly unique?

The timing was perfect, with the 60th anniversary of Bertone’s link with the British marque on the horizon, as well as Aston’s own centenary celebrations.

Barry was already well-known to Aston Martin, having become the first man to drive a historic car around the world in 80 days in his wife’s 1954 DB2/4 in 2000.

“I wanted them to build a shooting brake, a useful Aston based on a Rapide,” says Barry, a British businessman who made a fortune in the property industry.

The new car would celebrate the Italians’ original collaboration with Aston in 1953, one-off coupe and cabriolet versions of the DB4/2, and carry the Jet name first seen on Bertone’s DB4GT-based creation of 1961 and Jet 2 concept of 2004.

“They phoned me up and said ‘are you the Barry Weir who went round the world?’” he says. “They agreed very quickly and wanted to meet but I could not get to Turin as I was on a cruise.

“On the way back I met them at Marco Polo airport and sketched out what I thought it should look like on the back of a couple of serviettes. It looked pretty good!”

Work quickly began on the car that would become the Aston Martin Jet 2+2.

Drawings, renderings and photographic imagery were shown to the full Aston Martin board. The chief design was annoyed, saying, ‘Where did that come from?’, but the chairman said, ‘We’re going to make that car’ and gave Bertone the nod to carry on.

“They worked all over Christmas, and by the early part of January we had a full-scale plaster model mock-up of the car,” says Barry, who played a continuing role in the design of his dream car.

In total, the design and build took no more than 12 weeks, with Bertone scanning the model and creating reverse moulds before the company’s crack team of engineers beat in the panels by hand using aluminium, sheet metal and carbon fibre.

At the time, Aston was concurrently working on updating the Rapide, which featured a new larger grille.

“I wanted the Jet to have a distinctive front grill. It meant using the grill from the Rapide Mk II,” says Barry. “They allowed us to use the new grille, but weren’t originally going to launch the series 2 until September. At the last minute they realised what they’d done and told us we had to launch the Jet 2+2 after Aston Martin had launched the Rapide Mark II.”

Slimmer newly designed front seats and a dimmable panoramic glass roof, which changes colour from clear to blue, make the interior feel airy and much larger than the standard Rapide.

With an identical wheelbase to the Rapide, Bertone managed to keep the kerb weight almost identical to the donor car, at around 1990kg, resulting in the same blistering performance in a far more practical package.

Testing the car, Top Gear said: “The Rapide has always been a lovely car to glide around in, and the Jet 2+2 is no different. The steering feels spot on, the damping is excellent and everything feels resolved.”

The paintwork and interior touches, including unique wood, two-tone leather and glazed aluminium were chosen by Barry, whose name is etched into a plaque inside the cabin.

“It was a halo car for Aston Martin,” says Barry, the fastest shooting brake in the world at 200mph, reaching 60mph in about 5.3 seconds. “It’s something truly unique, and is registered as an Aston Martin Jet 2. A new model for Aston Martin.”

Unlike the Jet 2 concept of 2004, which according to Barry “was purely a shell of car with no engine”, the Jet 2+2 (denoting its four seats) was an all-new production Aston Martin, with plans to build more if the demand was there.

And demand was certainly there.

“Bertone were approached by a gentleman from Saudi Arabia wearing a white gown who, at the time, offered £10m for the car providing Bertone built him 10 more,” says Barry. “They could not sell it because it’s my car!”

Any plans for a small production run were scuppered when Bertone went bankrupt less than a year after the car was completed. It was the last complete car Bertone designed.

“People see it and they’re not sure what it is,” he says. “Everybody comes up and says ‘I’ve never seen an Aston Martin like that’. I tell them they’re never going to see another one either!” 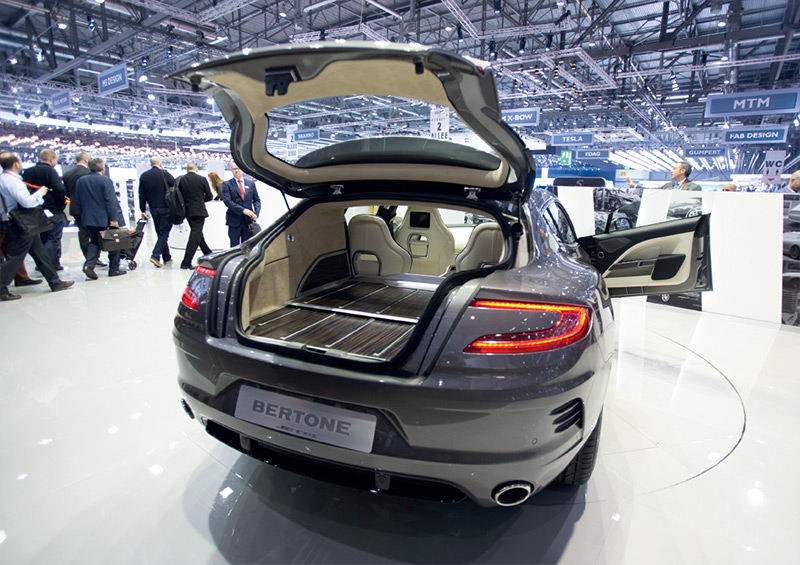 The seal of approval

Adrian Griffiths, Bertone’s chief designer said: “We’re very lucky that a client came up to us and wanted this specific iteration. If it was something else that we felt didn’t do justice to either Bertone or Aston Martin, or was fundamentally the wrong point to start from, it would have been a hard call.”

The unique car stole the show at Geneva, with Aston chief Dr Bez noting in his speech that “on the Bertone stand, you will see another iteration of Aston Martin”. 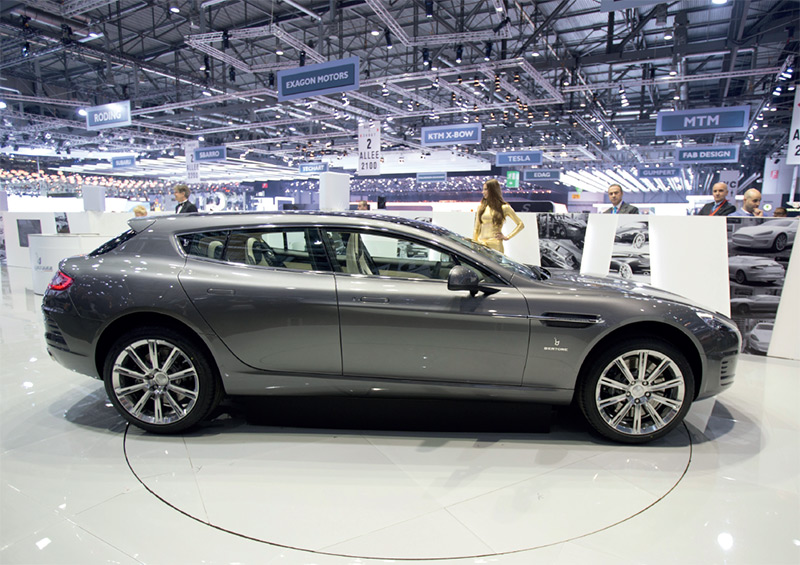