Barry Weir has discovered the original moulds and model of the car he designed along with Bertone.

Back In The UK!

For years Barry Weir believed the moulds and models used to build his unique Aston Martin Jet 2+2 had disappeared.

But what almost no-one realised was that the Bertone Stile HQ in Turin still housed a treasure trove of archive material – including those fibreglass moulds and a full-size clay model of the car that he helped to design.

Now Barry Weir has been reunited with all the pieces of the car’s history he thought had long since been destroyed.

He has now shipped the moulds and model back to England.

The car was produced from a sketch that Barry drew on a serviette as he waiting for his aeroplane in an airport lounge.

Barry said: ‘It is the last car that Bertone produced so it really is an absolute one-off. This is an important piece of car history.

‘I’m deciding what to do with it. Because I’ve got the moulds and the model it would be possible to put it into production.

‘It’s approved by Aston Martin and built by Bertone so it’s incredibly special. I just cant believe that a car I designed on a serviette while waiting for an aeroplane turned out to be the last car built by Bertone. It’s an incredible story.’ 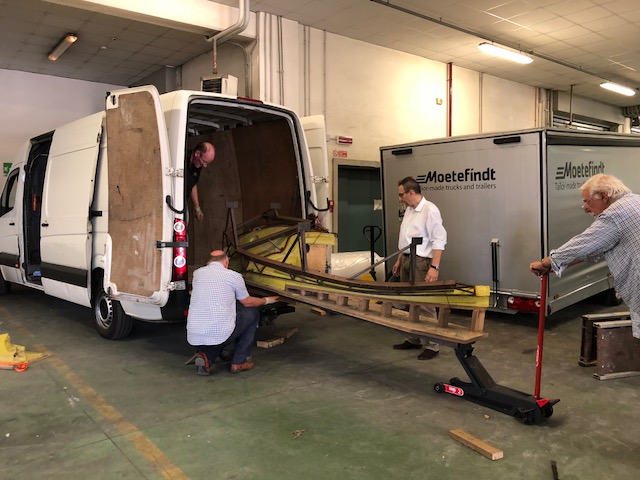 Early in 2018, Barry heard that the original model and moulds for his unique Aston Martin had been stored in a warehouse in Italy With designer Bertone having gone bust Barry had thought the pieces has been lost forever. But to Barry’s delight he was able to track them down to a warehouse in Turin and he decided to buy them all so he could have the unique package of having the car, the model and the moulds.

A Piece Of History

The original mould and model of the Aston Martin Jet 2 + 2 is being brought to England by Barry Weir. It is the last mould made by legendary Italian designer Bertone that was transformed into a car. 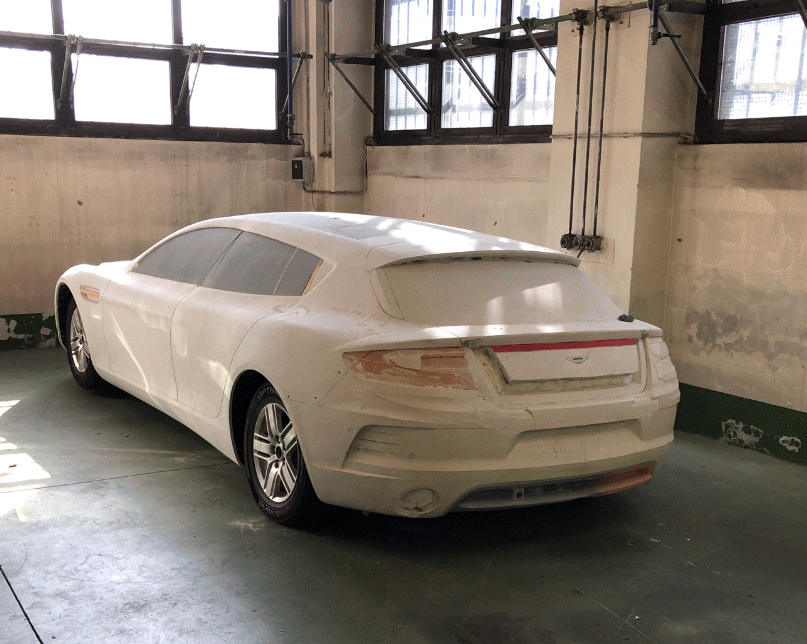